The Green Broadbill is a small green bird that is in the broadbill family. It is found in South-East Asia in the lowland and lower montane forest. Its plumage colour ensures that when it is stationary, it is exceedingly difficult to see. It is known to be a fruit-eater and has a rather weak bill.

It was a resident bird species in Singapore until its local extinction around 70 years ago. Pulau Ubin was at one time well populated with this species. In fact the type specimen for this species is believed to be collected by Sir Stamford Raffles somewhere in what is now the Central Catchment Nature Reserve. He named it ‘Burong Tampo Pinang’.

Where did it come from? There is speculation that it may have been an escapee, as both the Jurong Bird Park and allegedly some bird shops carry this species. Another intriguing prospect is that it is a genuinely wild bird that dispersed from the forest of southern Johor.

What is the supporting evidence for the dispersal theory?

For one, Wells (2007) mentioned that this bird species may be a genuine long distance disperser. The relevant paragraph reads: “On three nights in December 1968, a total four Green Broadbills flew into mist-nets set around floodlights on the crest of the Main Range at Fraser’s Hill (BR 1968). At the time, they were considered likely to have been attracted up the slope to insects swarming around lights (BMP5), but the species has since been shown not to occur in Montane forests and genuine distant dispersal (cf. frugivorous pigeons of Lowland forest: Volume 1) is a possibility.”

Secondly there has been another ‘extinct’ broadbill species that reappeared at Pulau Ubin, the Black-and-red Broadbill. Another broadbill seen on a fruiting tree. So the prospect of broadbills being able to travel across the narrow Johor Strait is a distinct possibility.

What about the unlikely location of the sighting? East Coast Park does not seem to be what one would consider a forest. Yet, on the same day that this broadbill was seen, another 10 Cinereous Bulbuls were seen at the same location. The even rarer Streaked Bulbul was heard near this location a few weeks back as well. It seems to be that there is a dispersal event happening for the bulbuls and East Coast Park seems to be one of the hotspots for this event.

So which is which, an escapee or a wild bird from Johor? That will be decided by others. In the meantime, here are some photos and video that I took in the evening. 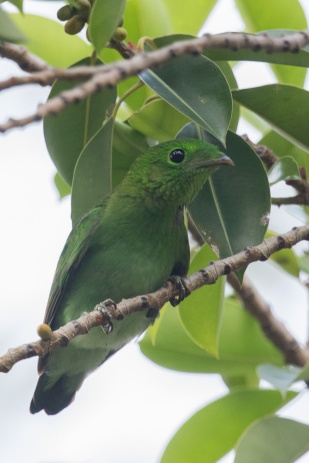 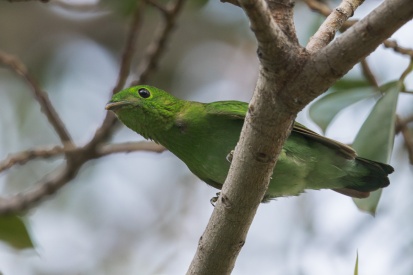 A colourful Oriental Dollarbird perched on a thin branch at Jelutong Tower, Singapore. #sgbirds #singaporebirds #sgbiodiversity #orientaldollarbird #jelutongtower #macritchie
An Orange-headed Thrush at Dairy Farm Nature Park, Singapore. This is a rare migrant to the country. #sgbirds #singaporebirds #sgbiodiversity #orangeheadedtheush #dairyfarmnaturepark
The Himalayan Vulture is one of the largest Old World vulture and raptor. They are normally found in the higher altitude Himalayan region. Immature birds have been documented to wander to Southeast Asia during the winter months, possibly due to reduced food availability during that period. This year an unprecedented number arrived in Singapore and some landed in the busy Central Business District to rest for the night. This bird was photographed as it took off for the day. The background is a tall office building. I thought it’s an entirely unique and apt background to mark their presence in Singapore. #sgbirds #singaporebirds #sgbiodiversity #himalayanvulture #vulture