The saltwater crocodile (Crocodylus porosus), also known as saltie, estuarine or Indo-Pacific crocodile, is the largest of all living reptiles, as well as the largest terrestrial and riparian predator in the world. The male can reach lengths of up to 7 meters and weigh as much as 2 tonnes. The female is much smaller and usually does not exceed 3 meters in length.

It is a formidable and opportunistic apex ambush predator capable of taking almost any animal that enters its territory, including fish, crustaceans, reptiles, birds and mammals, including other predators. Due to their size and distribution, saltwater crocodiles are the most dangerous extant crocodilian to humans.

The above is taken in part from Wikipedia. Sounds really dangerous. I had a few encounters with them before in Sungei Buloh and once at Kranji Bund.

This particular encounter in August 2013 was the closest. Nonetheless I kept my distance and was stationed at a bridge while the crocodile was down below with no chance of contact. All photos were taken with my 500mm lens, so the crocodile appears closer than in real life. If you do encounter a crocodile, you are ill advised to go near to take a close-up shot. They may be still or appear sedentary, but the danger is still there.

(Very still in the water, may even be mistaken for a piece of driftwood from a distance)

(In dry land, you can see the body. This one is around 3m, a small sized specimen, but still dwarfing a human nonetheless) 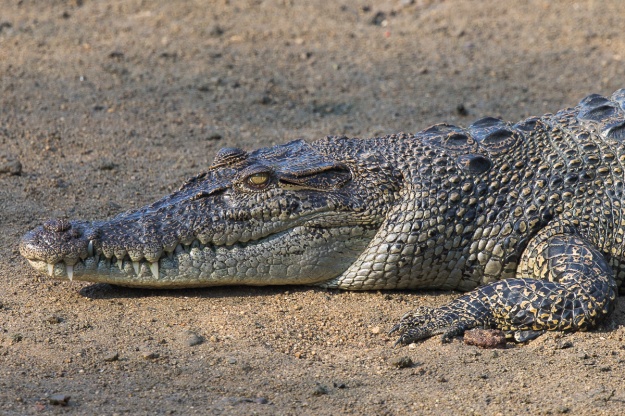 (A closer look at the head) 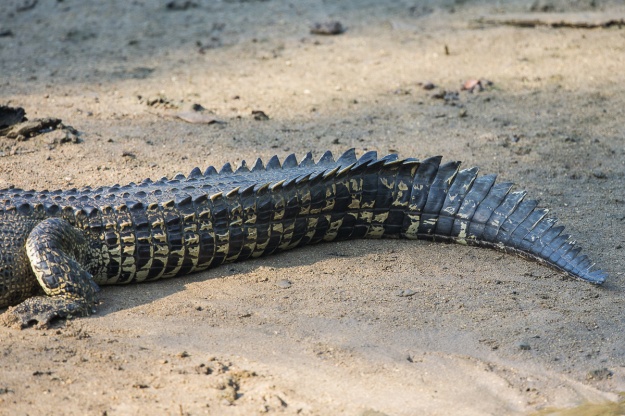 (A closer look at the tail)

(Going back to the water. Notice one of it’s tooth is stained red)

(A saltie taken at Kranji Bund in 2011. This one is nicknamed Barney. Recently deceased 1. Seen here with some foolhardy illegal anglers nearby. One of them was taking a picture of it)